When Samantha was very little and fit in a pouch on my hip like a bulky newspaper, I was on leave from work and spent mornings in a rocking chair on our glorious porch.  I don't know what I did for the rest of the day.  Tried to pee?  Ate whatever I could get my hands on while calories ran through me straight to the mouth of my nursing baby?  Somehow, when Tim arrived home at the end of each day, I was often exhausted and still wearing clothes I had woken up in that morning. 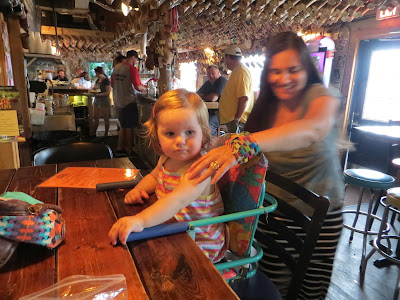 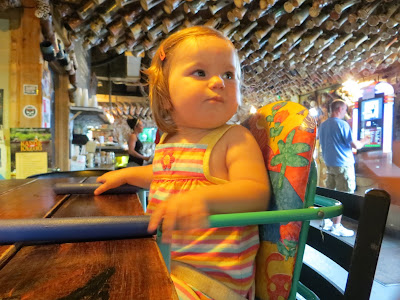 One afternoon, while rain poured outside and a breeze pushed through the window screens, I read a giant book of collected New Yorker stories on the bed while nursing the babe.  I know this is sacrilege, a case of rejecting someone who would never in a million years ask me out, but something about the magazine sort of fatigues me.  Its font and cloudy cover illustrations rarely do it for me, but motherhood has turned me into a paper-shredding insect, starting with that anthology.

Something about the intensity of my daughter's demands or maybe just the loosening of my mental clock (I don't have to be at a desk at a certain time every day) has made me hungry for narrative and desperate for a good story.   Being around a child all day has the ability to scramble my brain in really frustrating ways, but books have a way of setting it all straight again.

I feel the same way about sleep.  There were times in early motherhood - and I still experience them - where the only way out of my knot of emotions, the only way to escape the burn of my aching body, the only way to really let my mind go, was to just go to bed.

In our house, the Never Go to Bed Angry adage doesn't hold.  Ever since becoming a mom, I go to bed angry, tired, hungry, and sometimes all those things.  Morning with her birds of benevolence arrive soon, having swept the rooms of my mind with their powerful, all-encompassing wings. 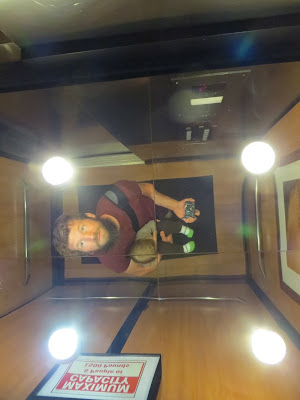 We co-sleep with Samantha.  I know this is an edgy and controversial thing to do for some people, a beloved activity for others, and it works really well for us.  It also means our bedroom sort of resembles a giant crib.  No toys, no clutter lying in wait of a curious, procrastinating, eager-to-stay-awake child.  This sort of simplicity suits me.  I'm a Feng Shui nut and have been keeping my bedrooms spare since I graduated college and suddenly had to account for my life in terrifying ways: You mean no one else is going to the dishes if I leave them in the sink for days?  Order and simplicity became a balm for me.  When so much else was uncontrollable in my life - hello, career starts and stops - it seemed like making the bed first thing in the morning was a prayer and a gift to myself all at once.

Not long ago, I found myself dressing our bed all in white.  I had just given myself and Samantha a bath and the fan whirred as we laid down for a nap.  Resting there with wet hair, listening to the birds outside, feeling the fan's breeze on my legs, I knew I had achieved something.  I had draped us in a sea of white and was drifting in an Anthropologie-like dream.

You know how in Just Kids, Patti Smith's beautiful memoir, she and Robert Mapplethorpe live in the Chelsea Hotel for awhile?  Well, I want to do that, but I want to live in a standard no-name hotel with a soft headboard and pictures of pigeons on the wall.  It will be just me and my books, with a coffee pot on the desk and sunlight coming through the window, bouncing around the white sheets.

But since I have a family and no real reason to spend my days hiding from them in a hotel room (drat!), I might just keep dressing my bed in whites, posting little pots of jade around the room, dreaming of a dreamy home, and letting the box fan reign supreme for one more month.  When Patti Smith's next book comes out, I might stay up too late reading it, tucked into bed with a headlamp on my noggin, my family breathing like a pile of dogs next to me, my heart sailing away on the pages of a book. 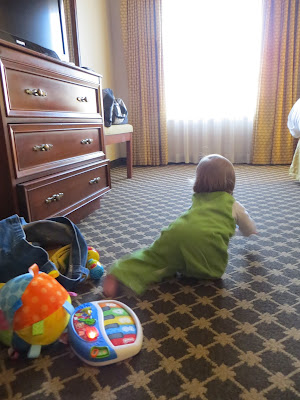 In other news, I wrote an article about how to handle being shamed for your parenting choices without losing your cool for this local magazine.  And this delightful conversation between Brad Listi and Lorin Stein, the editor of The Paris Review, is worth a listen, most notably when Stein says we have now monetized distraction with our smart phones and iPads.  I listened to it before the whole New York Times Amazon expose, and now I have to believe Lorin Stein would approve of a distraction-less bedroom, too.

Here's hoping your head is full of helpful stories these days!
XOXO

Terry Tempest Williams and the Mysteries of Voice 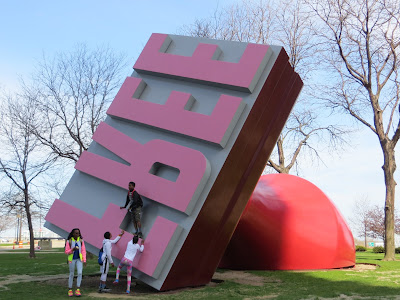 Last night, I listened to Brad Listi interview Terry Tempest Williams on the podcast Other People.  I've never read any Terry Tempest Williams, probably because Tim accidentally, preemptively ruined her for me when we were living in Arizona and he was reading Refuge, which he kept calling Refuse.

Welcome to our shameless and irreverent household!

I think Williams' lack of a sense of humor was the problem for Tim, and I can definitely see how that would be a problem.  Her physical voice in my headphones last night stunned me with its gentleness.  I found it reminiscent of a woman I knew in Colorado who gardened for a living.  I really loved the interview with Williams, and hope to remedy this gaping hole in my naturalist education by reading her soon.

For now, I want to tell you what she said about the idea of "voice" in writing.  Her latest book, When Women Were Birds: Fifty-Four Variations on Voice, resulted from something that happened when her mother died, which is that she left Williams all her journals but when Williams opened them, each one was blank. 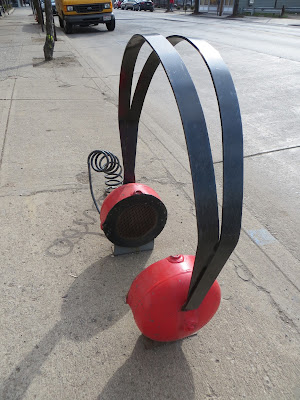 This shocked and perplexed Williams.  She grew up Mormon and according to her, women are the record keepers in her community.  Were the blank journals an act of defiance by her mother?  Perhaps more importantly, was her mom just messing with her?

As someone who grew up in the strict patriarchy of Mormon faith, Williams tried to write a book about voice.  Instead, she says, she might have written a book about silence.  In this Rumpus interview between Williams and Roxane Gay, she says:

"You ask how I create a space for a woman of faith to be heard. I think it could be argued that I am not heard, in the broadest sense. That is not my concern. My concern, a question really, is, do I have the courage to speak?" 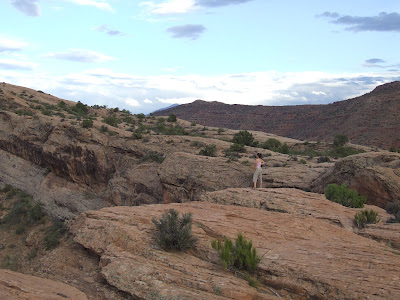 In her interview with Listi, Williams said something along the lines of, "Who benefits when I stay silent?" This is also a wonderful question.

Who benefits when we don't say what we need to say?

My hair is sopping wet and I need to deal with other parts of life, i.e. the gutter people, and voicemails, and the fact that I can't seem to ever eat enough to settle my bones lately.  The final thing I want to say is that Williams believes all voices arise out of silence.  Does she differentiate between the silence of a repressed life and the silence of the shifting, breathing earth?  I think she does.  In my life, I do. 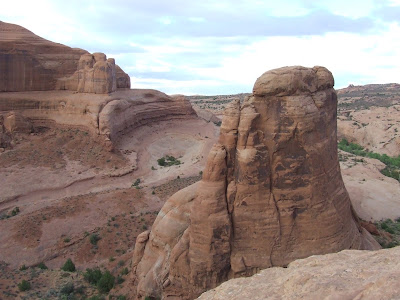 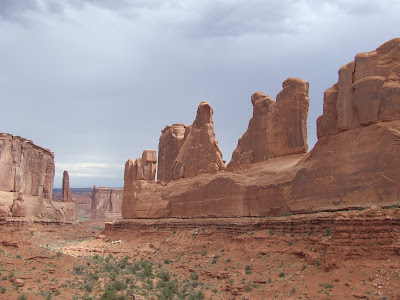 This summer has been a tidal wave of chores and attentions. I usually love the opportunity to improve my physical surroundings and connect with other people, but lately I resist too much activity.  I feel worn down by nagging little items, worn out by the wheels of my mind.  Part of me longs for the quiet of winter, but when it arrives and the windows close and the light goes grey, will I miss the chatter of cardinals out my window when I wake?  I don't know.  What I do know: I need big swaths of quiet in order to thrive, to hear the words I need to hear, to repair, to breathe.

When I heard Williams say what she said about voice arising from silence, I felt an immediate recognition.  Most of my anxieties in life come from the fear that I will run out of time, that I won't sit down in my chair enough to say what I need to say.  But the truth is, I have to roam a lot, and go quiet a lot, before I have anything worthwhile to say.  Trusting that this stillness and silence is actually a fount of energy and activity is the challenge for me.  Writing is its own practice of slowing down for me, too, so it gets confusing: when to work, and when to just listen.  I don't have it all figured out, obviously, but I wanted to say hi and tell you I'm thinking about what I'd like to tell you, and about a woman with a beautiful voice, a woman asking a lot of questions. 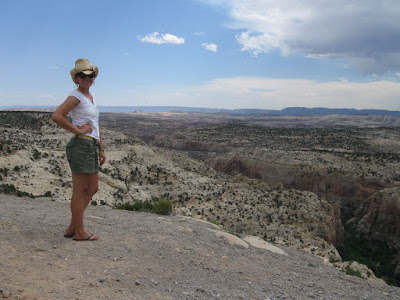 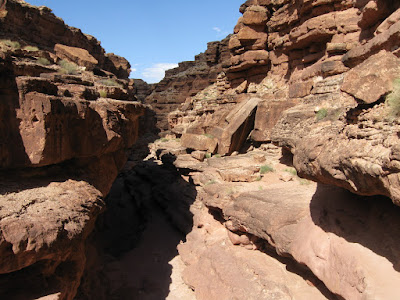 Throwback to younger, hotter days!  And I do mean temperature.
Posted by Kara No comments: