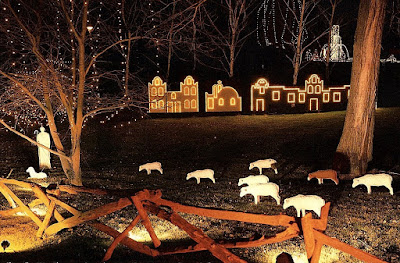 I'm writing this in the morning minutes when my babe snoozes lusciously on the bed upstairs, competing with the steamy humidifier for the loamiest exhale.  It's indicative of my world, and Kapha personality, that this post is coming less than a week before Christmas.

Shopping, like a great many normal activities, rattles me.  There are so many options, not all of them great.  The not-greatness should make things easier, but instead I get confused and over-analyze what I've put in my cart or arms or basket, and suffer what I've come to think of as mini-identity crises in the tiled aisles of stores and malls across America. 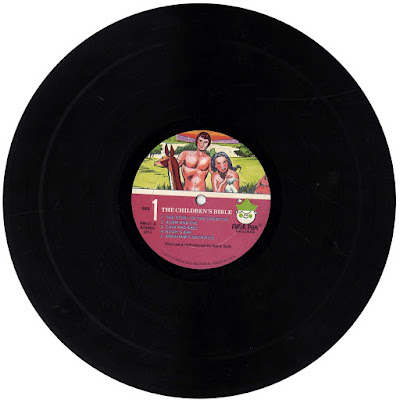 My favorite way to shop is in "wander" mode.  (Okay, this is my favorite way to do anything.)  It's how I've been approaching things lately anyway, sauntering through the mall with my child, wooing and/or frightening salespeople with her zeal for jewelry, letting her manhandle the cheap boxes of perfume perched inexplicably at her knees.  (If they wanted to keep them safe, wouldn't they put them out of a miniature schnauzer's reach?)

Last week, while in wander mode, I bought a Mormon Tabernacle Choir LP.  I bought it because it reminded me of evenings around the holidays when my dad flips back and forth between operatic concerts, football games, and/or CSI reruns on TV, and also because someone had stuffed another record into its cover, one with children's Bible stories on its face.  I was morbidly curious to know if audible Bible stories could be any good.  Not really, it turns out.  So far Samantha is unimpressed but Adam is beyond hot, so it's not a total loss.  Plus, he and Eve had the good sense to keep a lama around.  Good people.

Recently, while journaling - that thing I used to do which I've been trying to bring back, with some success as my daughter organizes my piles of previously cherished stationary and moves kitchen items to surprising locales - I recently wondered what holiday present could actually bring happiness.

Crayons was the first word that came to me.  A can of them sat before me on the dining room table.  A tub of them sat behind me on my daughter's little play table.  There were also doodles scratched along the journal open before me.  I did not want for crayons in my life, you know?  But little makes me happier than slashes of color on a white page, and creativity, I suppose, if you need a name for it, is one of the happiest things on earth for me.

So here is my wish list, or gift list, as much as I can be trusted to have one.  Because, honestly, if someone gets up earlier than me and makes the coffee, and I happen to get a hot shower and wash my wet-kale crown of long-ass hair these days, and there's a quasi-walk in my future and I somehow eat three vegetables in the day, I can think of almost nothing better, nothing more I need.  Except of course the last thing that isn't actually a thing at all: the place inside I keep to myself, that cave made of bear fur and blackness and stars twinkling through the ceiling where I go and drift away and find myself.

1. You will never regret listening to Nathaniel Rateliff and The Night Sweats in any way: on cd, vinyl, or in person, especially.  He's the real deal, and he wears a neckerchief like any good roots musician.  If a train conductor had a love child with Van Morrison and grew up on Sam Cook, he might name his band The Night Sweats.

2. Samantha got embarrassingly obsessed with Josh Ritter's new album Sermon On the Rocks thanks to early streaming on Tim's phone every day, but I'm still obsessing over his divorce album The Beast In Its Tracks. It's the perfect mix of melancholy, bewilderment, self-expression, and sweetly-nursed bitterness.  In short, a memoir in audio form!

3. Yoga and meditation teacher Sara Avant Stover has written a new book about navigating the feminine path of awakening, which tends to be cyclical, psychological, and completely foreign to our culture of achievement.  The Book of SHE is an incredible resource for women asking big questions of their lives, and every man supporting an emerging power-house.

4. My friend Corinne is teaching what sounds like an incredible class at Hugo House in Seattle about prize-winning stories: "Rather than seeking to imitate, we will use this as an exploration of our own tastes, and what we, as readers and writers, are being told is great writing."   If you live in the Seattle area, check it out.

5. I freaking love color, tinkering compulsively about the house, and gold things.  My obsessions come together in Emily Henderson's work and she has a new book out that makes my palms itch.  (I don't have it, yet, but I might inject it into my veins when I do.)

I think that's it.  A very short list this year, because I'm not putting down all the things I really love to purchase in the world that mostly come from The Dollar Tree, things like colored tissue paper, animal stickers, and glue.  If someone wants to get me a real live pig or caribou and the farm they would live on, I'd love that.  I didn't put those expressly on the gift list, though, because I guess some people wouldn't actually be happy to get any of those things? 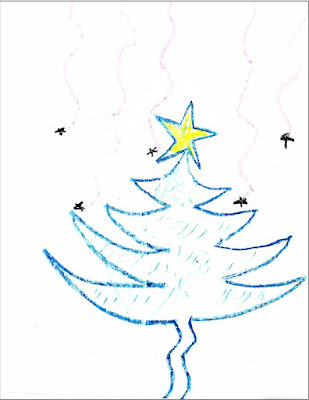 Happy trolling the neighborhood, oohing and ahhing at the lights.  And if happy is a little far from reach this season, as someone recently put it, if you find yourself in velvet-black darkness, you may be closer to grace than you know.  It sometimes just takes an adjustment of expectations.  Trust me: I've been there more than a few times and I'm sure I will be there again, soon.  When I am squeamishly uncomfortable in my life, I try to remember what I wrote about in this post about being full of fear and unable to see progress but actually doing quite well.

I guess that's my real wish this year: that I learn to honor the black bowl of night and keep staying up with the owls, getting comfortable there.

With a flame on every surface these days,
Sending big love,
Kara


Posted by Kara No comments:

When I surrender into what the moment needs, often along the lines of making a ruddy peanut butter sandwich when I’d rather be baking elaborate, perfect cookies, the room I’m in takes on illumination.  The LPs my daughter insists on dancing to bounce a little more richly through the floorboards.  Even the mailman becomes a friend (true story) and I start to breathe again.

It’s not easy, though.  I’m used to having time for my fantasy projects. We just returned from a road-trip to North Carolina and there are dishes on my desk because we had work done on the kitchen in our absence.  I just found a piece of bacon in my jacket pocket from our trip to Madison, WI, in October.  Life is a little scrambled right now, very full, very bewildering.

I guess what I’m saying is: I don’t have it all figured out.  As much as I don’t like it, what if that’s this year’s teaching, after all? 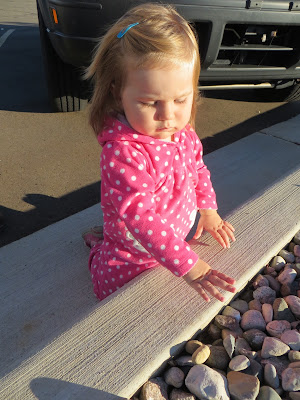