Less (the novel), Bikram (the predator), and Marrige Story (the movie)

I finally read Less (there's a confusing sentence!), Andrew Sean Greer's sixth book and winner of the 2018 Pulitzer prize for fiction.  It's so perfectly toned, in my opinion - hilarious and musical, elegant and bouyant - at one point, I asked Tim to look up how many other books Greer had written.  I knew I was in great hands when the main character, the eponymous Arthur Less, interviews a science fiction writer named H. H. H. Mandern.  That extra H. had me in stitches.  The rest of the book is chock full of jokes and lines I wish I had written.  When Tim reported that Greer had published five books before writing Less, I was like, "Good. He can have this perfection, then."  We also marveled at how simple the plot is, in the end, and what a delightful read it was, in spite of that.  In Tim's words: you can win a Pulitzer for that?  But it's so good and was the sort of book I almost started rereading the second I hit the last page. 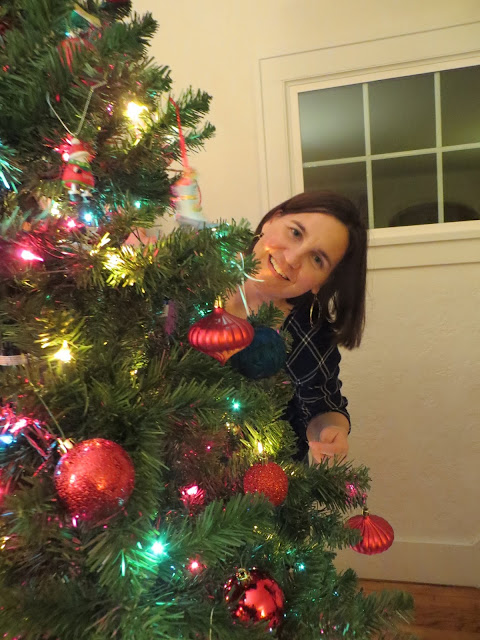 Last week, a friend of ours visited and asked, of the filing cabinet in the foyer, "Is this new?" as if a used, battered, file chest belongs in everyone's front hall.  In truth, we had some electrical rewiring done in December and I shoved it there so the electricians could drill into our walls and ceilings and find all manner of foils to our best laid plans (they took care of the important things, though, like some seriously "vintage" wiring). Did Ellis run smack into the filing cabinet earlier this week and fall onto the floor, first going up in the air like a cartoon football player before landing, getting up, and stating, "I fell down"?

He did.  Is the cabinet still in the foyer? 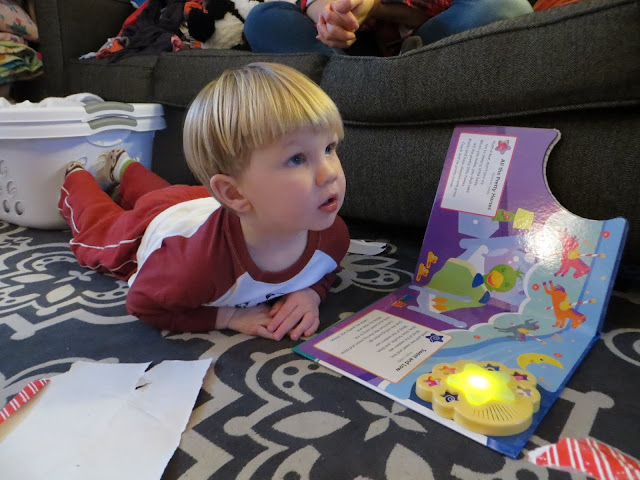 I just finished She Said, by Jodi Kantor and Megan Twohey, about how they broke the Harvey Weinstein sexual harrassment story for the New York Times.  It wasn't as dense as All the President's Men - which I wrote about reading here - but reminds me of that book at times, if only for my continued disbelief that I can drink in all those pesky reporting details, something I couldn't have spent ten minutes on twenty years ago.  Like watching The Great British Baking Show, I believe part of the thrill is watching other people work hard.

By chance, I listened to Ronan Farrow's interview on the Armchair Expert podcast in the middle of reading She Said, which was trippy in that the authors's investigative reporting overlaps with his quite a bit.

Even trippier, Tim and I watched the documentary Bikram: Yogi, Guru, Predator, about the Bikram Yoga founder's history of sexually assaulting young women who attend his teacher trainings, and the similarities between Bikram and Weinstein are alarming.  Especially alarming is the way each tries to break initial boundaries by requesting - and in the case of Bikram, always getting - massages.  And yes, Bikram is still holding worldwide teacher trainings, and no, hasn't been criminally prosecuted.

And now, please appreciate my seamless transition into Noah Baumbach's directorial work!  At my friend Amelia's insistence (er, request), I watched Marriage Story, which I had already been eager to see after my other friend Corinne - whose new book is on this ace list on Lit Hub - posted hilarious things on the internet about yelling at the screen when Adam Driver was singing and, maybe, I can't remember, turning the whole thing off.
Even before that, though, I was prepared not to like Marriage Story.  On the day we watched it, I complained to Tim that Noah Baumbach gets credit for being good when really, he's just moody. 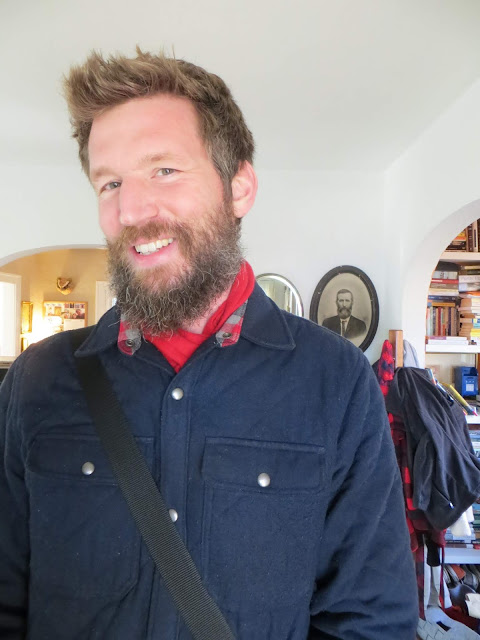 I still say so, but I did cry sometimes while watching Marriage Story and was very moved by much of it.  The idea of figuring out custody in a divorce causes me such mourning, I'm surprised I didn't shake all the way through it.  Laura Dern was great - she plays hot, shouting, lady lawyers real good these days, don't she? - and while I sort of want to throw a rock at the screen whenever I see Scarlett Johansson, I loved her high-waist pants and indignation, and the idea of taking my child to live in a big double bed at my mother's sunny Californian house (my mother doesn't live in California) fills me with instant calm.

One thing Marriage Story makes clear, though: there isn't a thing to be done about Adam Driver's hair.

After watching the movie over a two-night spread, I told Tim that Marriage Story is good at times but really just made me glad I'm not getting a divorce.  Tim responded that it made him glad he's not Noah Baumbach.  Ha!

Speaking of men with healthy egos, at the gym the this week a man of retirement age pointed at the numbers on my treadmill and said I had forty minutes to go to catch up with the numbers on his.  Then he leaned over and added, "I was on the elliptical for an hour before that, so double it."  I laughed because a) I hoped he was kidding b) wouldn't it be nice to have so many hours every day?

At the suggestion of my grad school professor who teased me for wearing a huge down coat in class, I'm reading Sarah Ruhl's 100 Essays I Don't Have Time to Write, a title I can really get behind.  In the very first essay, Ruhl, a mother of three children (and playwright of ten plays), says Virginia Woolf's A Room of One's Own needs "a practical addendum about locks and bolts and soundproofing."  I agree.  She then writes:

"There was a time, when I first found out I was pregnant with twins, that I saw only a state of conflict.  When I looked at theater and parenthood, I saw only war, competing loyalties, and I thought my writing life was over.  There were times when it felt as though my children were annihilating me . . . and finally I came to the thought, All right, then, annihilate me; that other self was a fiction anyhow."

I love that line so much.  All right, then, annihilate me. 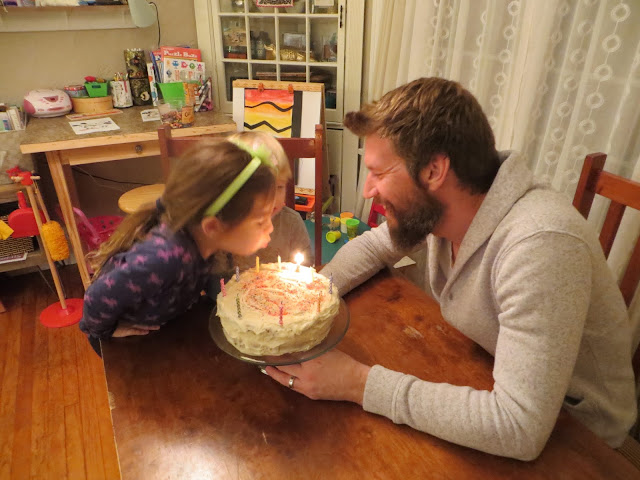 Ruhl continues: "I found that life intruding on writing was, in fact, life.  And that, tempting as it may be for a writer who is also a parent, one must not think of life as an intrusion.  At the end of the day, writing has very little to do with writing, and much to do with life.  And life, by definition, is not an intrusion."

And here I'd like to include something I read in Jodi Kantor's section of the acknowledgements at the back of She Said.  Speaking to the youngest of her two daughters, Kantor writes: "Violet, you were only a year and a half old when we started, and your innocence made you my refuge.  Parents are supposed to console their children, but I frequently found solace in your curls, songs, made-up words, discoveries, and above all, in the fierceness of your embrace."

This is something I have often felt.  Not that my children console me, although they do.  I can't count the number of times Samantha brought me seltzers during my pregnancy with Ellis and in the weeks after I had him, when I was too ensconced in nursing to get one myself.  But the presence of their little bodies in a set of pajamas, their breath curling against me in a dark room, soothes me in unquantifiable ways.  And while the mere suggestion of one of them whining causes the hairs on my head to stand up, and my temperature raises four degrees whenever I hear a child cry now, these two pull me toward a beastly comfort that is too delicious, and too abundant, to deny.