It’s absurd to use the word “discovered” for someone like Roxane Gay, who writes for national publications and has been dominating the internet for years.  Her Twitter feed is a work of art, her book Bad Feminist was a viral success, and the lengthy Tumblr posts she used to write about books, films, music, and television were inspiring analyses of pop culture.

So I don’t mean it, really, that I “discovered” Gay when I read her story “North Country” in 2014’s Best American Short Stories, but that was the first time I learned about her, and I really loved that story.  Recently, I read her memoir, Hunger, which came out in June, which Gay says was unbelievably difficult to write.  That book is about a gang rape she endured as a young person that led to her gaining hundreds of pounds so she might feel “safe,” and the body issues she faces as a fat woman in our society.

As Gay’s memoir of her body unfolds, her resistance to detailing the rape in lengthy scene becomes clear.  She tells enough to recount the horror, but doesn’t take the reader all the way there, a fact I find truly remarkable.  Not because I mind when writers go there, but because I strongly believe some stories belong to one’s own life, and should be shared only when the writer feels ready to do so. 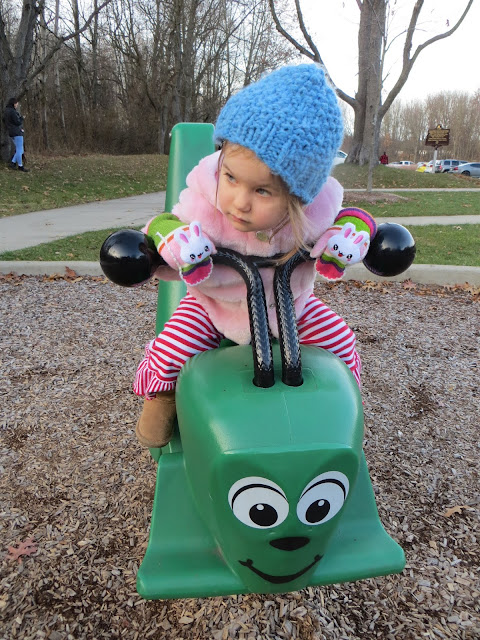 In general, Gay’s writing is often self-deprecating and full of humor.  The tone of Hunger is understandably grave, but there are plenty of moments of light.  Here’s one I related to immensely:

“I have always worried that I am not strong. Strong people don’t find themselves in the vulnerable situations I have found myself in . . . Before October 10, 2014 [when she broke her ankle], I was running myself into the ground. I have always run myself into the ground, been relentless, pushed and pushed, thought myself superhuman. You can do that when you’re twenty, but when you’re forty, the body basically says, ‘Get a grip. Have a seat. Eat some vegetables and take your vitamins.’”

It’s not that I have worried that I’m not strong.  In fact, I have probably leaned too hard on strength for much of my life.  But when I became a parent, I had to learn to soften, A LOT.  It has been a welcome assignment for me. 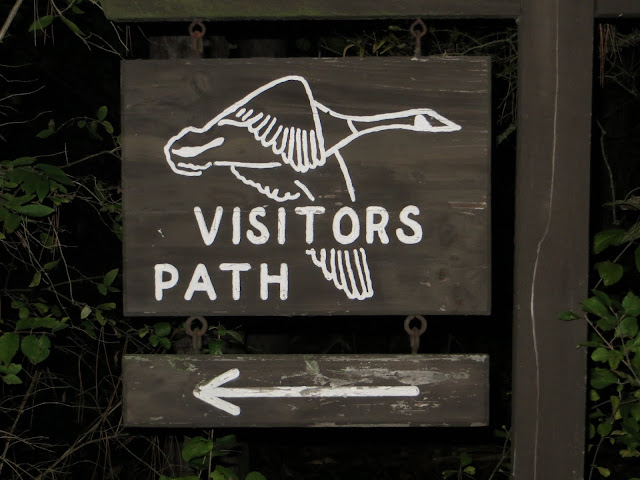 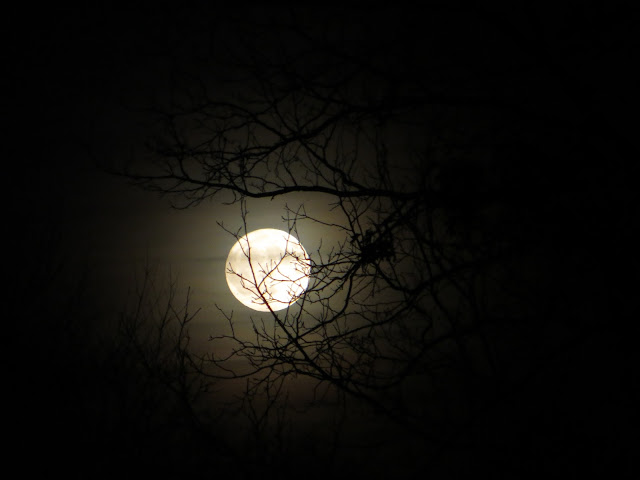 Gay continues, “I came to many realizations in the aftermath of breaking my ankle. The most profound…was that part of healing is taking care of your body and learning how to have a humane relationship with your body.”

I binge read most of Samantha Irby’s hysterical second book We Are Never Meeting in Real Life over a few glorious cold nights in October when I couldn’t face life and had to go to bed at seven o’clock.  (Note: I am right back there, now that it’s December.  Hello, pajamas and snuggling in bed with kiddos.)  When I had to briefly return the book to my library so other people could read it (jerks!), I was in serious withdrawal without Irby’s addictive voice and nearly flawless rhythm running beneath my days. 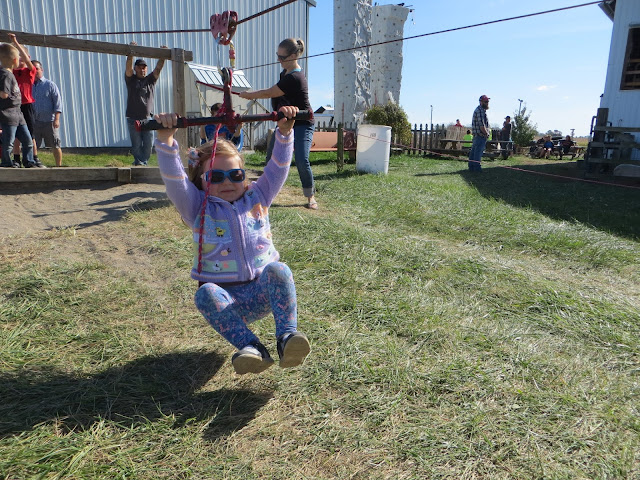 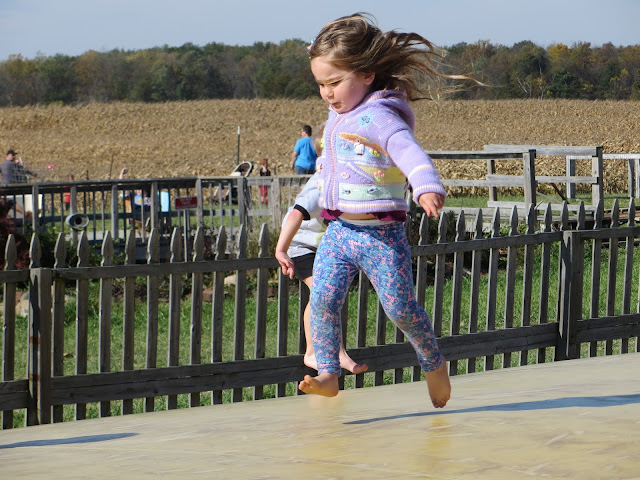 I started her first book, Meaty, about four minutes after I finished We Are Never Meeting in Real Life, and found Meaty darker, denser, and maybe a little cruder.  Irby runs full speed toward raunchy jokes and subjects in general (she explains glibly in an essay that she’s uniquely able to do so because both her parents are deceased), but there’s an element of self-acceptance and self-forgiveness in We Are Never Meeting in Real Life which, shocker, makes it easier to read.

One of the things that struck me, among many, when I read this second book, was how long it took Irby to find her footing emotionally, so to speak, and it reminded me of something I’ve seen again and again with creative people.  Writers, especially, often suffer from excruciatingly low self-esteem.  Perhaps everyone does, especially in their twenties, and maybe fewer people have the ability or the need writers have, to talk about their lives once things have sorted out a bit.  Still, I sometimes think back to friends who pursued law degrees or medical degrees while I was writing letters in coffee shops and, later, working in coffee shops behind the counter.  There are courses and schools where you can “study” writing (and I have a degree from one of them), but the real work comes simply from years of reading and sloppily aping what you see.  Hopefully the aping becomes less and less sloppy and maybe, one day, you break out in a style all your own.  (This sounds like learning to adult in general, no?) 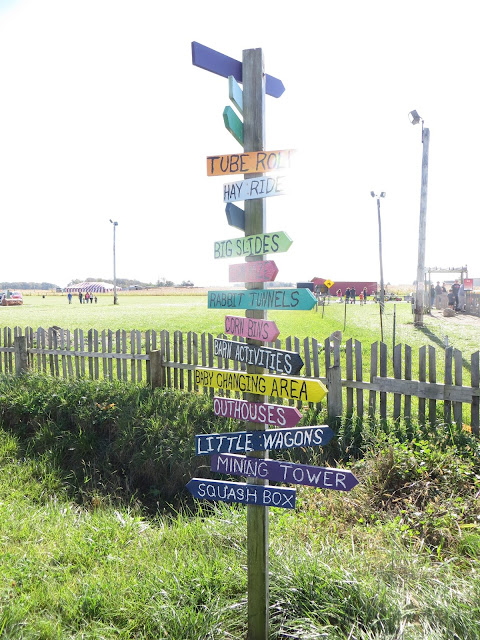 I know plenty of people who knew they wanted to be writers from a young age and had the tools and resources to pursue their goals, but I know more people who felt like little freaks, who internalized what was a natural, unaccounted-for brilliance as something to hide, or be embarrassed about, or ignore.

At first glance, Irby’s hilarious take-down of the men she’s dated seems unrelated to her confidence as a writer, but it seems no mystery to me that Irby wrote We Are Never Meeting In Real Life, a whiz-bang of a book, while living with a woman she loves, who both supports her emotionally and gives her the leeway she needs.  I’m not saying you need to be in a relationship to make good art, but I do think running around with people who don’t entirely get you makes it difficult to pursue anything that will make you happy in the long run. 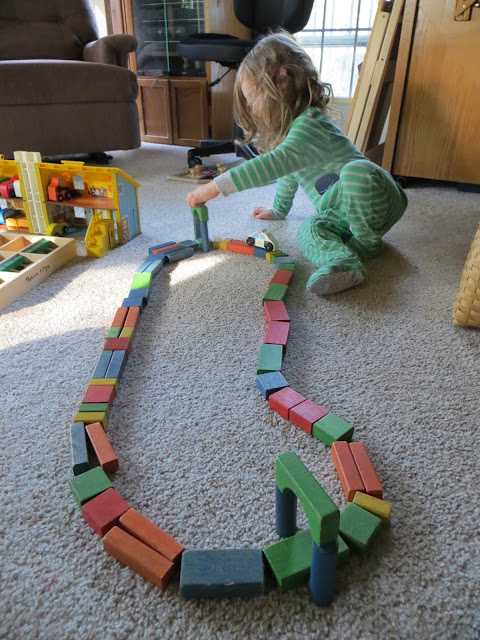 Also, I love how Irby staunchly defends her long-held position as the receptionist of a veterinary office, saying not every job has to be a career.  I find a lot of comfort in this.  A history of career ambiguity and/or hourly wages won’t help you much at a cocktail party, but sometimes the most important work of your life isn’t resume-ready.  As a culture obsessed with winning, I think we don’t elevate plain, un-glorious slogs enough.  Not having an impressive title is humbling, which is almost always a good thing.  It can also be useful: sometimes it provides the anonymity to pursue what you love without a spotlight.  I personally find this kind of psychic space soothing, even inspiring. Besides, it’s insulting to insist on finding a single combination of words to describe the vastness of who we really are inside. 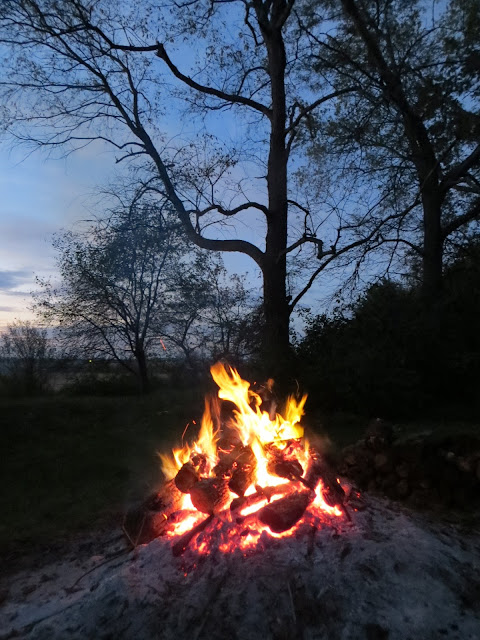 Speaking of who we really are inside, Tim and I watched Lion over Thanksgiving break and it was really, really moving.  I was finally ready for what I knew would be a heart-breaking story, and I held Ellis and cried through much of it.

I also read one of Tim’s favorite books recently, called Snapper.  It’s a novel with a few problems, some forgivable, others less so.  I had a hard time knowing when the narration was in the present tense or in backstory, and its portrait of female characters troubled me much of the time, but its skewering of some aspects of midwestern culture is so, so satisfying.  Plus, I learned a lot about Bloomington, Indiana, while reading it.  How often can you say that?

If I were a different person, this would be where my 2017 Holiday Gift Guide goes, but unless you want a dish in the shape of a banana from an antique store, you probably don’t want my shopping advice.  In fact, I’m reaching a bit when I say I shop at antique stores, a point underscored this August when my brother aptly called a place we were headed to “the junk shop.”  It honestly never occurred to me that he was right until he said it, but that’s where you’ll find me lately: wedging junk store finds onto the shelves of my home, inexplicably watching interviews with old members of Nirvana, and pretending, on good days, to run at the gym.

I hope you are having some gloriously plain days of your own, wherever you are. 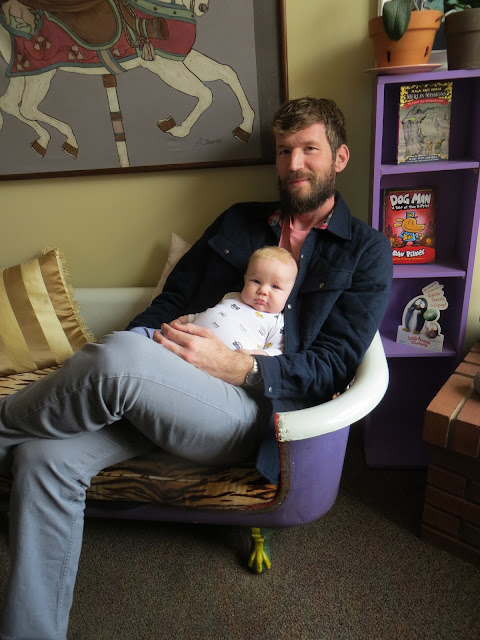 P.S. Wilco just re-released their first two albums, A.M. and Being There.  In a miracle of timing and technology, I emailed myself an interview with Jeff Tweedy and bassist John Stirratt about making those two records and actually listened to it.

Wilco has maybe been my favorite band since I discovered (there’s that ludicrous word again) them in my early twenties.  At the time, I called my best friend who grew up outside of Chicago and shouted, accusingly: WHY DIDN’T YOU TELL ME ABOUT THESE GUYS?  MY WHOLE LIFE HAS BEEN A FRAUD.  To say I was obsessed with Summerteeth is a gross understatement.  I spent every waking hour listening to that album, which at the time meant carting a clunky portable CD player around the streets of New York City, walking to work with it, sleeping with it under my pillow.  I’ve widened my circle a bit since then, making way for other rockers and softer crooners - and more importantly, musicians not cranking out sounds that are exciting to adults but hell on the two developing brains currently dominating my house - but I might always look to Jeff Tweedy’s thoughts on making art, because they are so dang good. 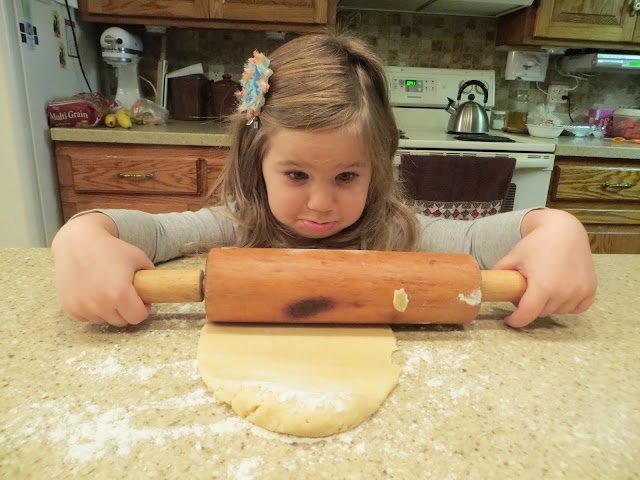 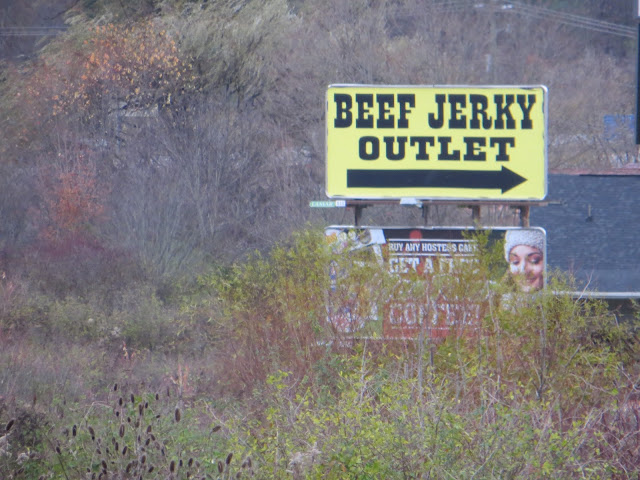 While discussing the feedback-drenched song “Misunderstood” from the band’s second album, Being There - a double album and sharp departure from the alt-country sounds his first band, Uncle Tupelo, was known for - Tweedy says:

“We had built up to ‘Misunderstood’ by playing it live.  In hindsight . . . we were training ourselves to embrace the notion that there is no failure possible, that there’s only communication, and that your vulnerabilities – if you make the wrong choice musically, or if you make the wrong choice lyrically – as long as you’re out there being unafraid of failing, you are entertaining in a righteous way.”
Later, while discussing a Bob Dylan song, he says:

“I’m always philosophically not entirely sure that one piece of art is actually that valuable, versus the inspiration to make art.  The ability for people to make art and inspire other people to make art, to me, seems way more valuable than any one painting or poem or song or record.”

It’s not a mind-blowing thing to say, but I appreciate it because I think a capitalist culture somewhat willfully misunderstands what it means to create. The point of making things – songs or books or cookies or blog posts, I would say - is not necessarily to arrive at an aesthetically-pristine product, but for the artist to go through the process of making it and the audience to go through the process of receiving it.  It’s perhaps why, at this point in my life, I’m not sorry when I read a bad book by a favorite author.  It’s exciting to watch someone I respect keep trying, whether they sometimes miss the bar or not. 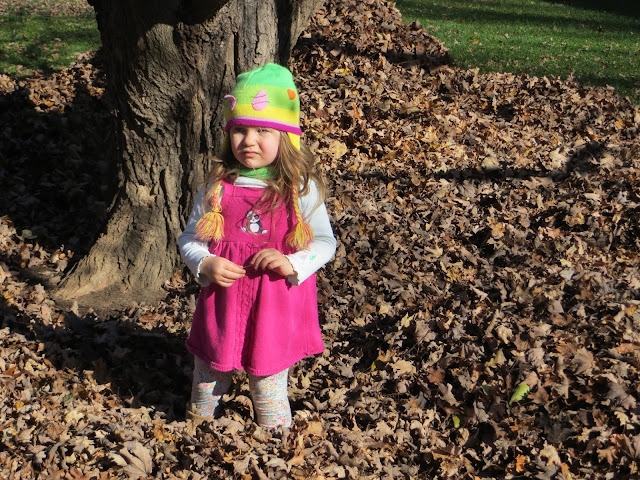 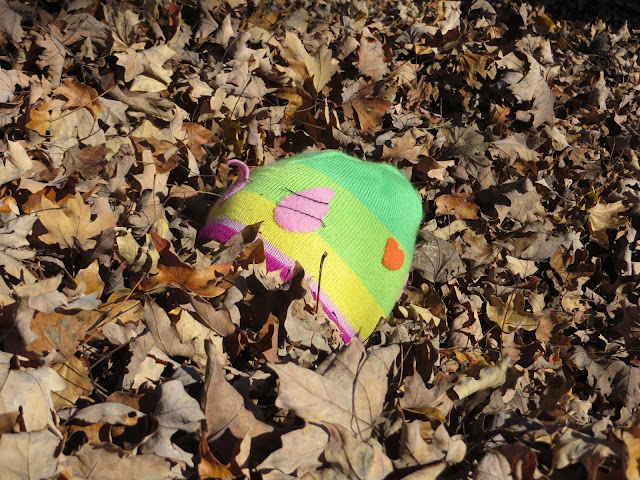 I could loop this back around to part of an interview I watched of Kris Novoselic talking about his favorite thing to do (pour a glass of wine and listen to a record by himself in his house) but you’ve got your own late-night YouTubing to do.  But here is my good friend Amelia articulating (while recommending a book called You Must Change Your Life) how there are so many men with thoughts about making art - duh, their partners are home wiping their children’s chins and bums or at the store buying that wine they like to drink so much!

And here is the joint gift guide we did last year on her blog, Bon Appétempt, recommending books and only books.  I still say, if you only read one book this year, you should make it Dave Holmes’ beautiful, side-splitting Party of One, and I am personally curious about Kelly Corrigan’s new book, Tell Me More. 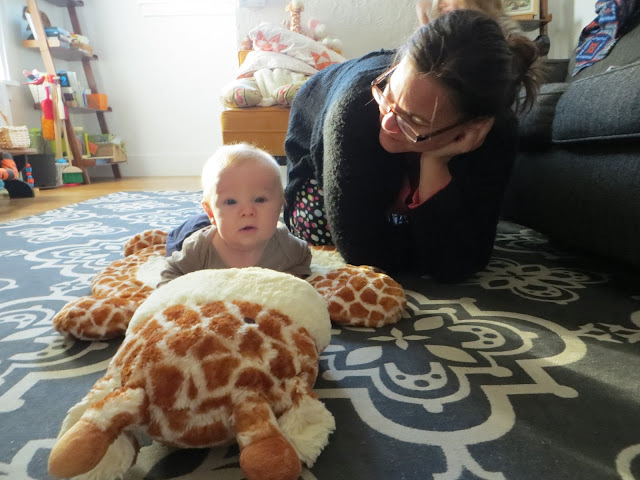