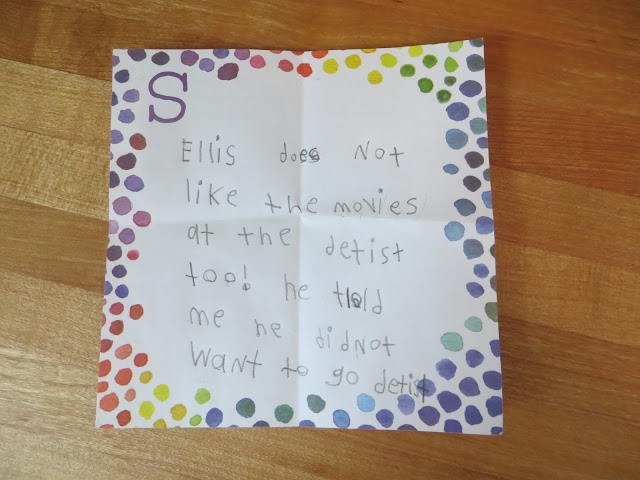 A few months ago, I was putting on my shoes and Ellis said, "Where are you going?" I started to answer, "I have to go . . . " then drifted off, forgetting to finish my sentence. He did it for me. "To the Dollar Tree?" he said. It was such a sad, sweet glimpse into our lives, I wrote it down to memorialize the days when I did not leave the house, the weeks when my children refused to get in the car. Things are much better now that we can legitimately go outside for hours at a time, when daffodils push through the ground and Ellis takes the air after lunch while upright in our turquoise hammock, a cat balanced on the edge of sleep, a little Buddha in the sun. Tim and I have both been vaccinated and I'm dreaming now of cross-continental trips.

A few weeks ago, Samantha said, "Our bathroom looks like a haunted house." I laughed and she said, "What's so funny?" She was not teasing me for my embrace of dust bunnies, but trying accurately to summarize the state of things. It really did look like a haunted house, dirt-filled corners and cobwebs around light bulbs. The day a spider tried to build its web in the middle of my shower, that was enough for us to finally clean. 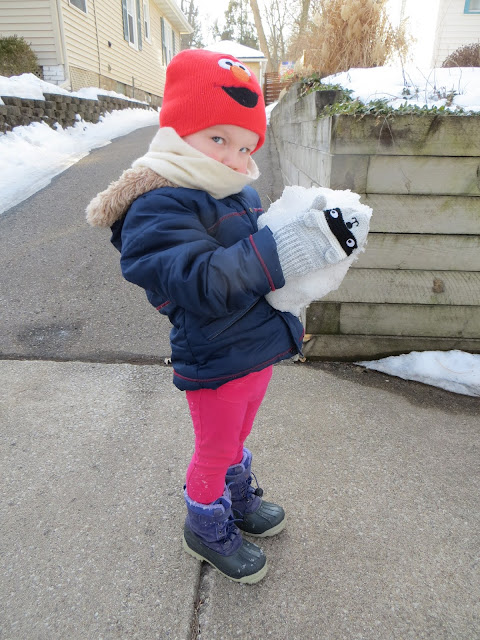 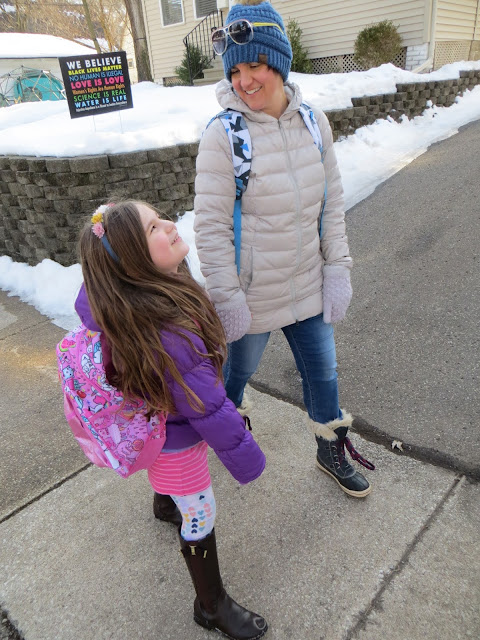 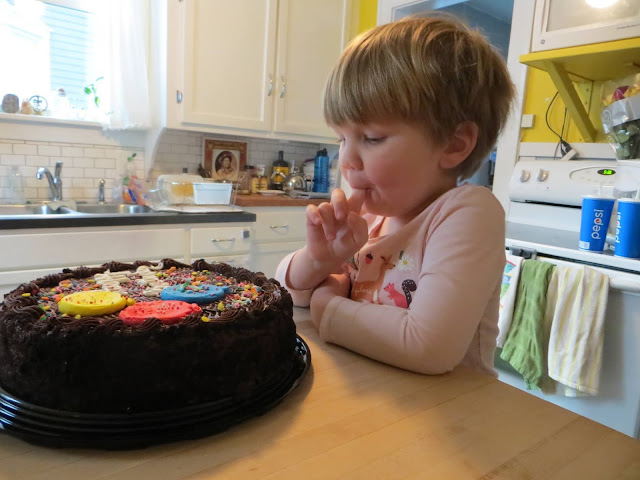 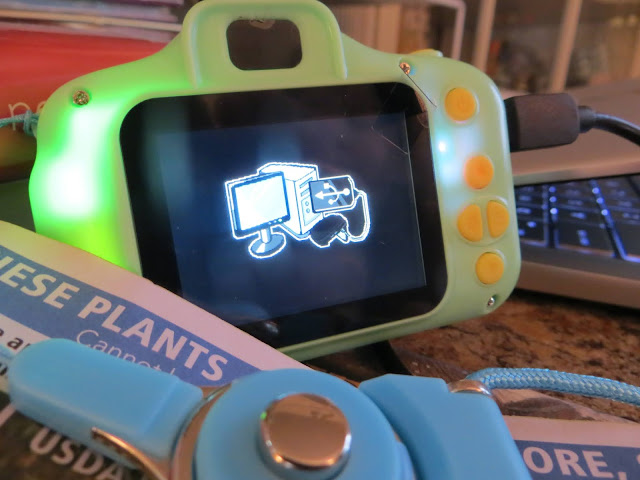 This winter was a revelation. It was so cold some days that we could not go outside. Samantha's teachers led her through meditation exercises, and while I've always felt it was a little silly to teach a child to be more free, more awake to their "essential nature," when Samantha one day noticed me yelling, she sweetly offered this advice: "Maybe you could try some of my breathing exercises, Mama." I paused, ready to dismiss them as flimsy stand-ins, and then realized that she was right. I could not have a four-day yoga retreat, but a minute with my own thoughts was more than called for.

Around the same time, we started watching Mr. Rogers on DVD, and I doubled down by watching A Beautiful Day in the Neighborhood with Matthew Rhys (and Tom Hanks, whose name is a bit of a dirty word in our house) by myself. I find Matthew Rhys so emotive, I could watch him sleep, and made Tim re-watch The Post just to see Rhys on screen again. This led to a re-watch of Spotlight, which I loved as much as The Post when I first saw it. From there it was on to Dark Waters, and more Mark Ruffalo, about the corporate defense attorney who went after Dupont after they covered up toxic pollution for decades.

I re-read Gatsby, enthralled by its language, its dialogue, and its terrible plot point about Gatsby and Tom switching cars at the end. I also felt pretty bad about myself as a writer while reading and teased myself all day long: Oh yes, poor you, you aren't Fitzgerald. Tim sat through a re-watch of Redford with dewy-eyed Mia Farrow in the 1974 production, in which Bruce Dern absolutely crushes every scene he's in. Tim: "The reason he's so appealing is because he's so Bruce Dern, but he's younger and therefore mesmerizing." I disagree. There is something so handsome but rattish about Dern as Tom, I can't look away and believe I would feel the same, even if I didn't know his later work. We then lobbed the name "Bob" around the house for days, as if we were bffs with Redford. While watching, I said, "Is Redford a terrible actor?" Tim said, "Yes, but he's trying less than someone like Costner, so you don't notice it as much."

I remembered the article Tim had once mentioned, "Was Gatsby Black?", in which an academic reads as if Jay is passing as a white man, an idea I found pretty fascinating. Then I got to the end of the book and realized how much it is, in fact, about the Midwest. What seems to be about New York and east coast greed and elegance in fact leads you to this passage at the end:

"One of my most vivid memories is of coming back West from prep school and later from college at Christmas time. Those who went further than Chicago would gather in the old dim Union Station at six o'clock of a December evening. . . .When we pulled out into the winter night and the real snow, our snow, began to stretch out beside us and twinkle against the windows . . . That's my Middle West - not the wheat or the prairies or the lost Swede towns . . ."

Here's the end of that paragraph:

"I see now that this has been a story of the West, after all - Tom and Gatsby, Daisy and Jordan and I, were all Westerners, and perhaps we possessed some deficiency in common which made us subtly unadaptable to Eastern life."

When I read those lines, I forgot all about the passing-as-white theory. While so much textual evidence is there - if not authorial intent - I found myself recasting the narrative in a caul of Midwestern literature and couldn't go back. 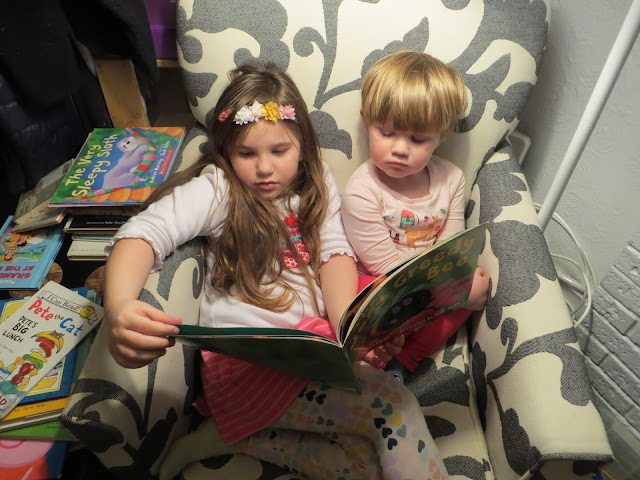 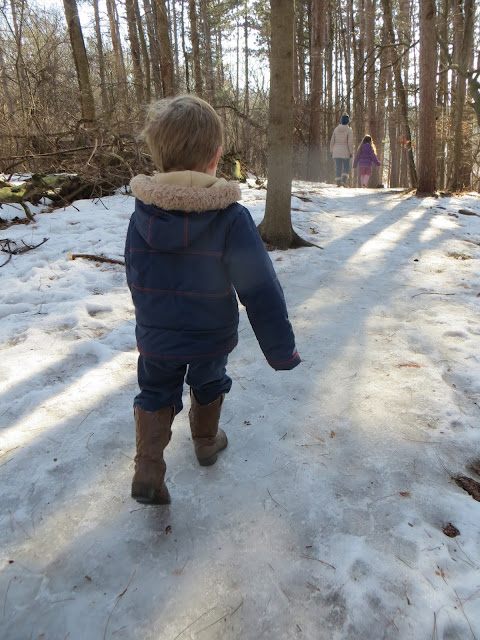 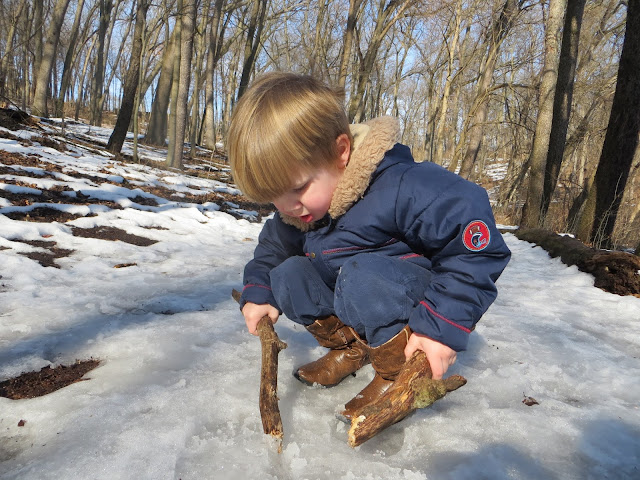 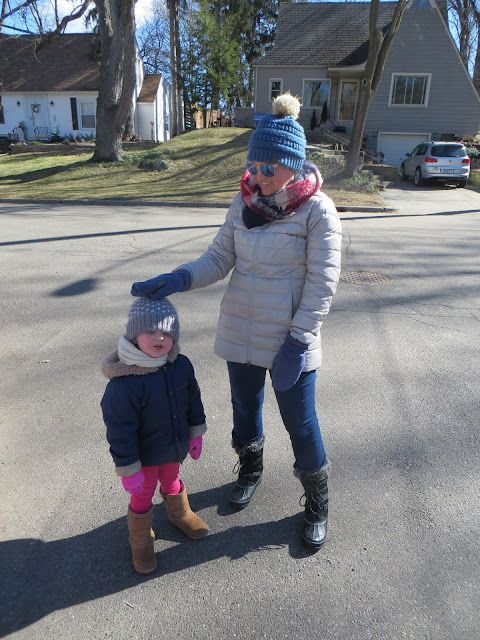 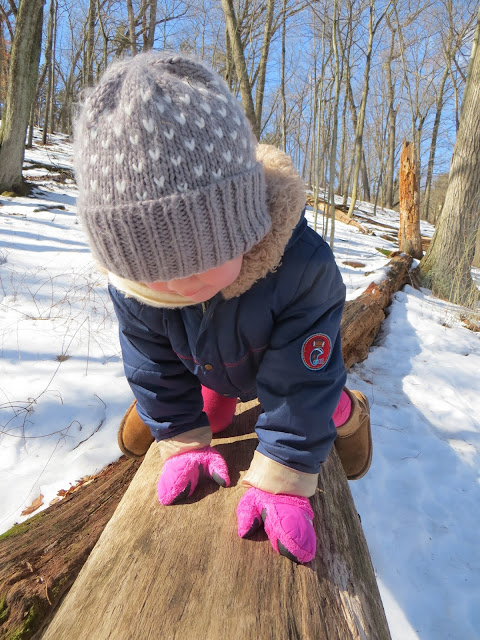 Also, near the last page of Gatsby, I marveled at Fitzgerald's outrageous use of an adverb: "On the white steps an obscene word, scrawled by some boy with a piece of brick, stood out clearly in the moonlight, and I erased it, drawing my shoe raspingly along the stone."

Raspingly?!?!? I'm embarrassed when I use the word "quietly" to indicate the volume with which a character says something. It seems I've been missing all the fun.

I'm having trouble recalling all that I read this winter. I've been enjoying Jerald Walker's How to Make a Slave and Other Essays and was so happy to discover The Three Mothers: How the Mothers of Martin Luther King, Jr., Malcolm X, and James Baldwin Shaped a Nation, by Anna Malaika Tubbs, as Malcom's mother was committed to the mental hospital here in town (from the book, it sounds like against her will). For a town rife with writers and liberal leanings, I frankly don't hear enough about this dark chapter.

I started Zadie Smith's pandemic-themed thoughts, Intimations, and love her description of how her art is, basically, "something to do." In an essay of the same name, she examines the internet fever of baking banana bread when the lockdown began and writes: "The something that artists have always done is more usually cordoned off from the rest of society, and by mutual agreement this space is considered a sort of charming but basically useless playpen, in which adults get to behave like children - making up stories and drawing pictures and so on - though at least they provide some form of pleasure to serious people, doing actual jobs."

She accuses herself of being unable to sufficiently fill time without access to her old hidey-holes, and from there goes on to other entertaining thoughts. Her summation made me laugh and also think of the derision that our capitalist structures have for the time, patience, anxiety, and spiritual deaths necessary to create art. The more time that passes since I read Eula Biss's On Having and Being Had over Thanksgiving, the more I recall and appreciate her examination of capitalism.

"Every year," Biss writes, "I'm required to fill out a form for the university that lists my contributions and accomplishments. What I want to report is that I've done absolutely nothing of value and that is my accomplishment." 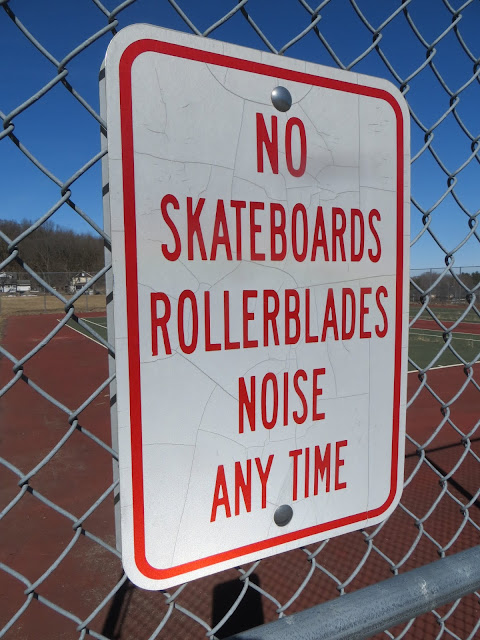 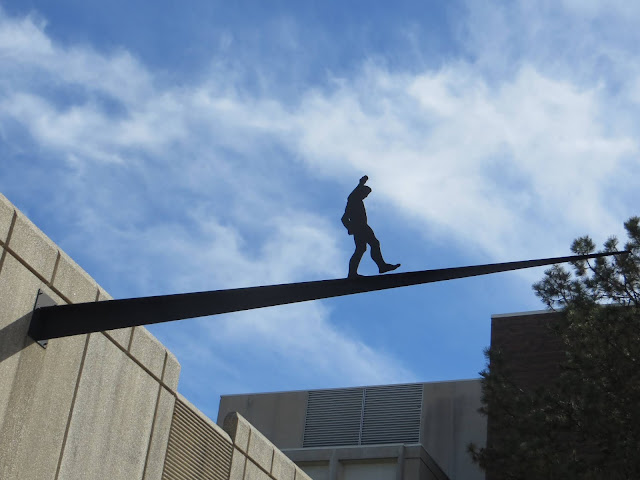 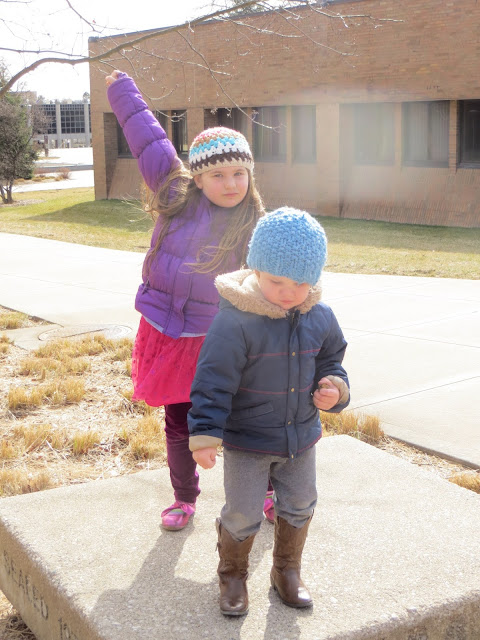 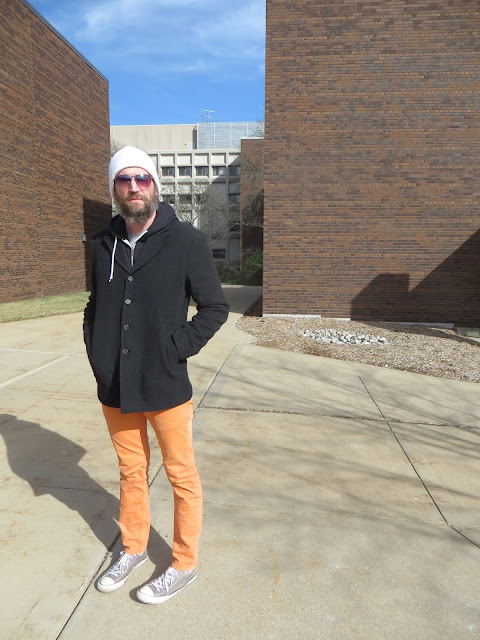 On the topic of Biss and class privilege, we watched The White Tiger, based on the book by Aravind Adiga, and loved it. I also devoured Danielle Evans's first collection of stories, Before You Suffocate Your Own Fool Self, which I accidentally checked out on Ellis's library card and thereafter received notices that this title was ready for my three year-old. I re-read Sally Rooney's Normal People nearly a year after I read her first book, right before Michigan went into lockdown. My mother was visiting when I started Conversations with Friends, and I toggled between slices of birthday cake and Rooney's addictive pages. A few weeks later, a friend recommended Normal People after Ellis got the flu, Tim came down with a mysterious illness, and Samantha went online. I liked Normal People even more the second time around and promptly fell into a puddle of obsession with its adaptation on Hulu, in which I'm still happily splashing.

Someone dressed themselves in our house recently, saying, "Sparkles go with sparkles!" a statement made while sweeping grandly into the room and also one with which my twenty-year-old self would have definitely agreed.  Sometime during our Mr. Rogers heyday, Samantha watched an episode in which the host explored public escalators in a mall. "Mr. Rogers is so lucky he doesn't have to wear a mask," she said, 100% serious.

Here's a picture of me laughing at an attempt to take my picture next to some sea oats. The desired photo didn't turn out, but I got a great shot of my toupee. Finally, my friend Thisbe's new book is out. It's a collection of stories called How Other People Make Love and I can't wait to read it. 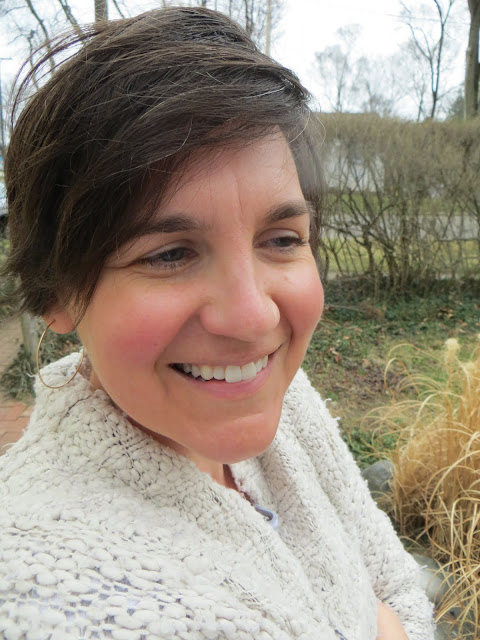 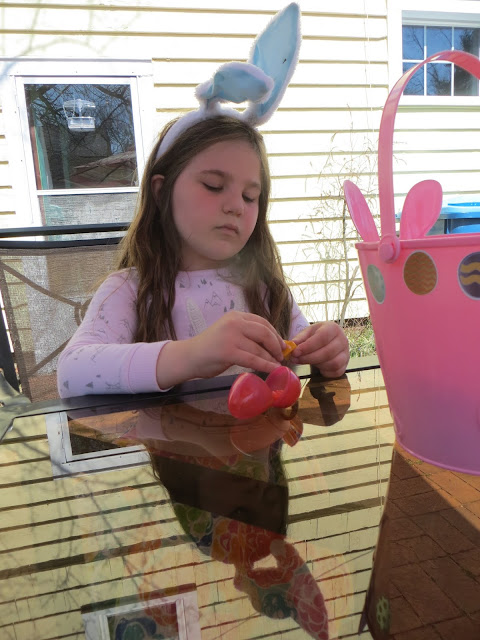 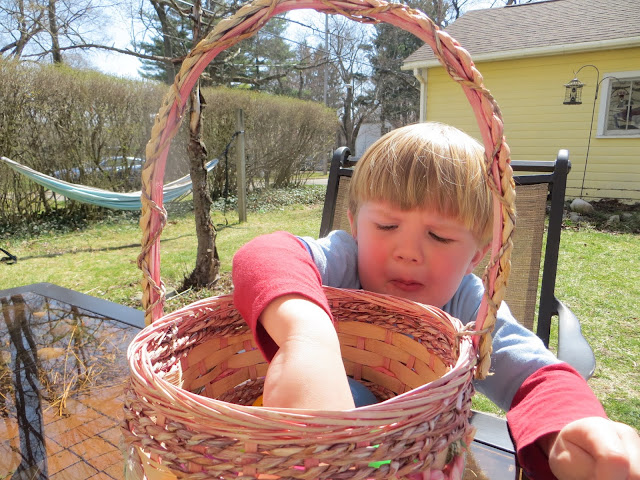 I love to hear your thoughts!